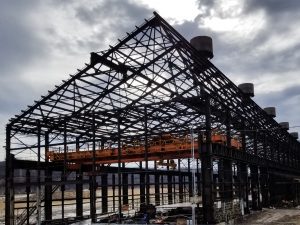 ABMECH Acquisitions, LLC was selected as the prime contractor to remove roof and siding panels from the Mill 19 Building, the largest remnant of the former LTV Steel Hazelwood Works.  The site encompasses 178 acres and the Mill 19 Building is over five football fields long.  The project is being developed by the Regional Industrial Development Corporation of Southwestern Pennsylvania (RIDC).  The first stage involved the construction of a 65,000 square foot net-zero-energy building nestled within the framework of the old mill.  The skin of the building was removed while keeping the steel superstructure intact and in place.  Beneath the superstructure, three new self-contained three-story buildings will be built.  The project will transform a relic of the Industrial Age into a hub of the region’s innovative economy – a center for research, robotics, and other advanced technologies. 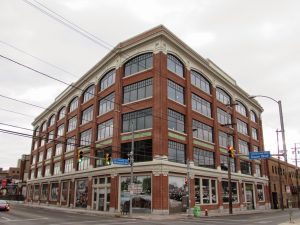 In 1915 the Ford Motor Company had a 180,000 square-foot factory built on the corner of Baum Boulevard and Morewood Avenue in Pittsburgh’s Shadyside neighborhood.  The factory was built as part of Ford’s plan to distribute automobile production across the country and around the world.  Production continued there through 1932 when it transitioned into a sales, parts, and service branch of the company.  Ford Motor Company sold the building in 1953.  In the ensuing years, the building was a motor supply warehouse and a clothing factory and housed various other businesses.   The University of Pittsburgh Medical Center purchased the building with plans to turn it into a research laboratory.  The building is undergoing a years-long three-phase restoration to transform it into a center for immunology and transplant research.

Abmech Acquisitions, LLC has been awarded the contract to provide asbestos and lead abatement for this project.  The National Park Service added the building to the National Register of Historic Places on November 23, 2018.  Abmech is pleased to be a part of the restoration and renovation of this important part of Pittsburgh’s colorful history as it transitions to the future. 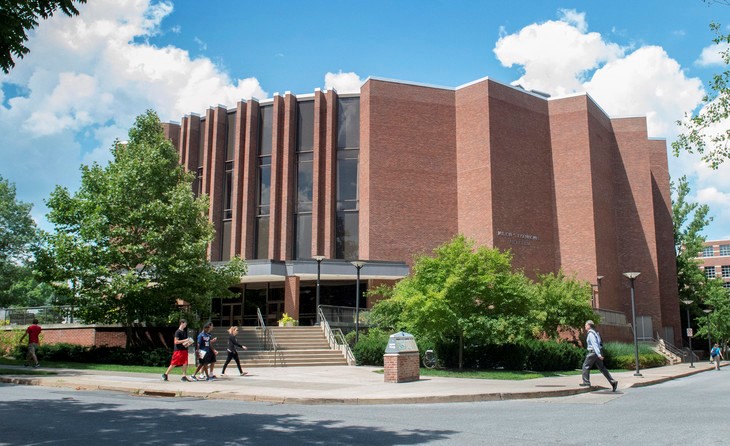 ABMECH Acquisitions, LLC is honored to have been chosen to perform the hazardous materials abatement of Phase 1 at the stage area & Phase 4 basement of Penn State University’s Eisenhower Auditorium.  The Auditorium is a professional world-class performing arts center with a seating capacity of 2,500 and is the University’s primary theatrical performance space.  The auditorium, opened in 1974, hosts an average of 200 events each year and has welcomed famed artists and ensembles encompassing every genre of entertainment. 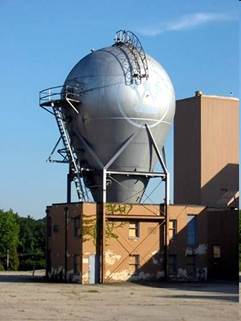 Sitting high above Route 30 in the Forest Hills section of Pittsburgh sits a significant component of the development of nuclear power. Resembling a giant light bulb, it is the world’s first industrial atom smasher. The atom smasher is a monument to the innovative thinking of the nuclear division of the Westinghouse Research Laboratories.  ABMECH was selected to provide asbestos remediation services to aid in the preservation of the Westinghouse Particle Generator.

Two years before the discovery of nuclear fission, researchers at Pittsburgh’s Westinghouse Research Laboratories convinced Westinghouse to build the world’s most powerful particle accelerator. This was a bold move on Westinghouse’s part because at the time the commercial benefits of a particle accelerator weren’t clear. Nevertheless, in 1936 Westinghouse built the atom smasher, which made a very significant contribution to world evolution. At the time it was completed it was able to energize particles up to five million electron volts. In comparison, today’s CERN’s Large Hadron Collider can instill more than one million times as much energy into the same kinds of particles.

Photofission, the first use of gamma rays to split uranium atoms, was discovered by research with the atom smasher. This was a major contribution toward the development of atomic energy and eventually the atomic bomb and today’s modern commercial nuclear power industry.

Asbestos is a group of naturally occurring fibrous minerals. It is mined and milled from rock and is thin and strong. Chrysotile (white asbestos), Amosite (brown asbestos), and Crocidolite (blue asbestos), are the most common types of asbestos used in manufacturing. 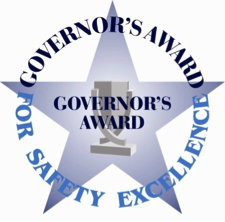